Tenfjord Industrier AS has its roots all the way back to 1894, when the “Tenfjord-brothers” Johan and Petter started production of one of the first net haulers in the world. It all started in a small coastal village named Tennfjord, northern west of Norway.

In 1907 Johan Tenfjord constructed the first net hauler, and received a patent on the product. In 1910 “Tenfjord Mek. Verksted” got established, operated and managed by the brothers. Ten years later, in 1920, Petter developed a new type of net haulers since the first patent was sold. The business went well and Petter gained a big marked on Island. When Petter died in 1961, two of his sons, Jens and Sigurd, took responsibility for the production and further development of the production.

“Tenfjord Spillfabrikk AS”, “Linespillfabrikken AS”, and “Spill og Vinsjer AS” were all companies founded and runned by the Tenfjord family. The picture below presents the three generations. From the left: Kjell-Arne Tenfjord, Sigurd Tenfjord, Petter Tenfjord and Jens Tenfjord.

Tenfjord Industrier AS today
Today Tenfjord Industrier AS deliver products to customers worldwide in both aquaculture, offshore, inshore fishing and angling. High quality products at competitive prices, customer service 24 hours a day and quick delivery are key values in the company. Further development of both existing and new products are being worked on continuously to achieve new goals for the future. 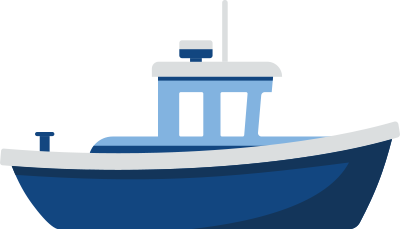